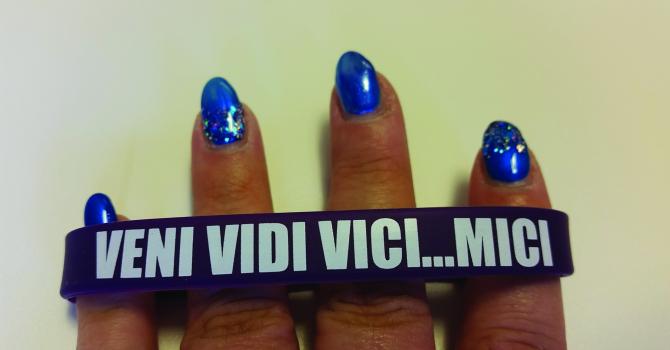 A bit more than two thousand years ago (50 BC), when conquering Gaul, emperor Julius Caesar made his historical remark: « veni, vidi, vici » which translates into “I came, I saw, I conquered”.

As Belgians belonging to ancient Gaul, Crohn-RCUH decided to use this famous quotation in their war against IBD, especially as the acronym IBD translates as MICI in French, which nicely rhymes with the 3 previous, latin words. So..they printed “VENI, VIDI, VICI…MICI!” on one thousand purple wristbands which sell like hot cakes for the modest sum of €2. Given its pronunciation, IBD also rhymes with those words, so why not making those purple wristbands on an international level …? When we win the war against the IBD, we also will say : veni, vidi, vici... ibd!