On 18 May 2014, just a day before the official World IBD Day date, a team of committed EFCCA runners from 9 European countries participated in the 20 km half marathon race in Brussels. The aim was to raise awareness on the issue of IBD which affect around 3 million people in Europe alone and which is increasing particular amongst young people.

At the highly publicised event we wanted to show that having IBD does not need to stop you from participating in an active and fulfilling life. Big thanks to our runners that have shown great commitment and a spirit of solidarity. 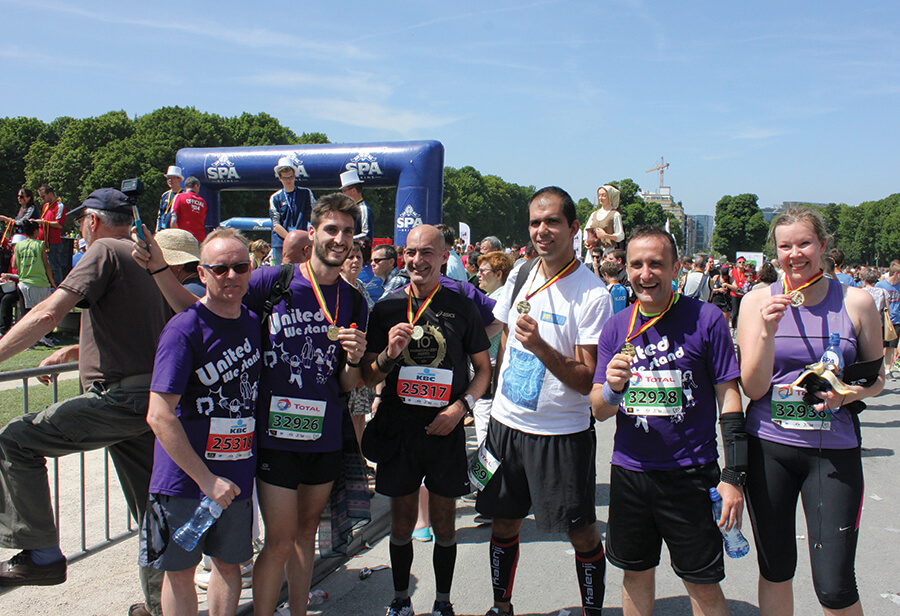 Finally, on the occasion of World IBD Day we also made available our latest publication on the IMPACT survey. 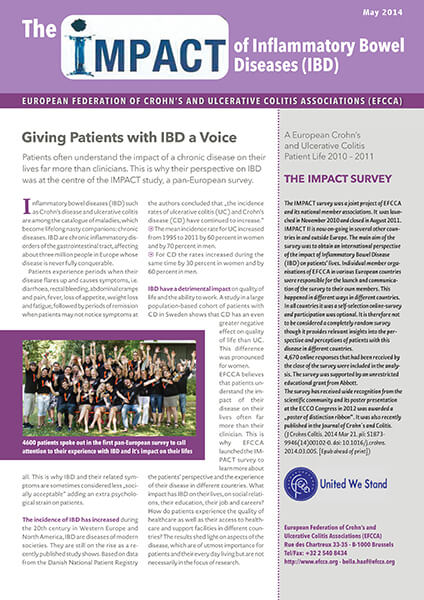 The IMPACT survey was a joint project of EFCCA and its national member associations. It was launched in November 2010 and closed in August 2011. IMPACT II is now on-going in several other countries in and outside Europe. The main aim of the survey was to obtain an international perspective of the impact of Inflammatory Bowel Disease (IBD) on patients’ lives. 4,670 online responses that had been received by the close of the survey were included in the analysis.

The survey has received wide recognition from the scientific community and its poster presentation at the ECCO Congress in 2012 was awarded a "poster of distinction ribbon".
It was also recently published in the Journal of Crohn ́s and Colitis.